Posted on February 20, 2017 Categories: Missions No comments yet

Homelessness is an extremely complex issue. There are many potential reasons that people find themselves without a home, and, unfortunately, there is no such thing as a one-size-fits-all solution to homelessness. The short-sighted reaction from police and local government to move people off the street is not only incredibly disheartening, but it will also simply not address this crisis.

22,700 people are currently experiencing homelessness in Victoria, with 1 in 3 of them ending up in that situation as a result of domestic violence and/or relationship issues. Just think about what that means. These people felt that they would be safer at a friend’s house, or in their car, or even out on the street, than they would be trying to stay in their own home.

The next largest group within those 22,700 people ended up homeless after experiencing the full brunt of the current housing crisis. Melbourne is supposed to be the world’s most liveable city, yet thousands of people do not currently have access to adequate, appropriate, and affordable housing options.

These people are struggling. They need our support. Simply moving them out of the city — out of sight and out of mind — will not help them, and will not solve this growing crisis.

Since we first founded 300 Blankets in 2012, our Outreach Team has focused on finding out why and how people end up sleeping rough. Over the last few weeks, while Robert Doyle was giving police extra powers to move people off the streets and introducing the new by laws to ban people from sleeping rough, we were out in the city talking to people. Here are just a few of the stories we heard:

While we do not condone breaking the law, the local government’s solution is clearly not going to help these people. There is no doubt that we need more housing opportunities, but a real solution to homelessness needs to have more than just four walls.

What these people need most during a crisis like this is compassion. As a community, we need to reach out and lend a listening ear. Loneliness can be one the most challenging aspects of experiencing homeless. Many people who have experienced similarly tragic stories find themselves developing mental illnesses due to the social isolation that often comes with homelessness. Many of the people who were staying at Flinders St Station didn’t choose to sleep there because of the location itself. They slept there because it gave them the chance to connect with people in similar circumstances. Friendship and human connection is important for all of us, especially when we’re going through hard times.

Instead of moving these people out of the city so that we can turn a blind-eye to what’s going on, we need to turn our heads and listen. We must customise our response in order to provide valuable assistance. We’re all unique. We’re all different. Any kind of solution that attempts to treat everyone the same cannot be called compassionate, and has no chance of actually solving the problem. 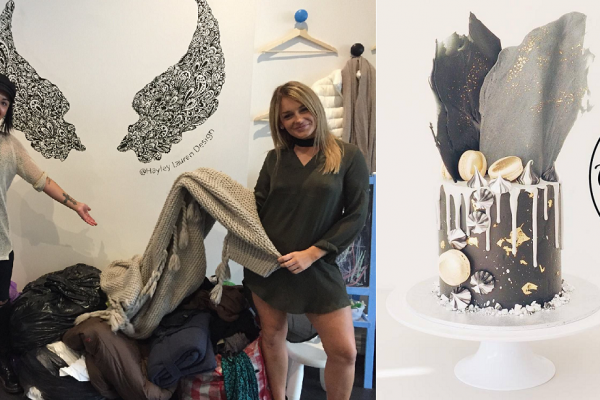