300 Blankets > Blog > Our Journey > Homelessness Can Affect Anyone

Homelessness Can Affect Anyone

Posted on June 19, 2017 Categories: Our Journey No comments yet

No two nights of Outreach are the same and tonight was no different. During an evening of meeting a mix of regular and new faces, our Outreach team saw a lady sitting on the corner of a busy city street. The deceptively warm afternoon sun had set and had now left her shivering as she sat quietly asking passersbys for a few dollars. She was a new face so I introduced myself and started a conversation.

I quickly discovered that her name was Anne and that she had only been in Melbourne for the past week with her partner John. John had surprised her with tickets on the Spirit of Tasmania for a quick Easter break. Anne sadly told us that her mum had recently been diagnosed with dementia and the rapid onset and decline in her health had put a lot of emotional and physical stress on her. Melbourne was supposed to be a short escape before she went back to Tasmania to look after her mother but only after a few days in town it all went downhill. We found out that the room they were staying in was robbed and Anne and John had lost everything, even their IDs. 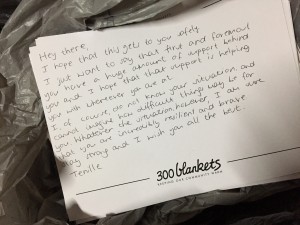 As Anne told us her story, we wrapped a nice warm jacket around her, and gave her a beanie – one knitted by one of our generous supporters. There was not much we could do except give her advice on services that may be available to her and her partner. She had told me that people from Opening Doors had visited her earlier that day with similar advice – it’s great that we live in such a supportive community. We then crossed the street to meet Anne’s partner, John.

After amazing John with my name guessing ability, we started talking about their situation from his perspective. Unexpectedly, John was rather upbeat telling us, “I only need $16 more dollars before I can get a room in Broadmeadows!” He told us that he didn’t want to tell Anne yet because he didn’t want to disappoint her even more if he couldn’t do it. John opened up about his guilt. The trip to Melbourne was supposed to be a wonderful holiday for him and Anne but instead they had found themselves homeless and sleeping rough for the first time in their lives. I could see the pain in his eyes. After their first night on the street, they even had their blankets stolen. He had no idea how they got into their current situation and he kept saying that he didn’t even know how to ask people for money.

After spending time with both John and Anne, the team of Outreach volunteers banded together to gift John with the money he needed and a little bit more. No one doubted that the money would be put to good use. I will never forget John’s tears when we told him we had enough for him and Anne to leave the corner of the street and seek shelter in their own room.

This was a tough reminder for all of us that homelessness really can affect anyone. We wish John and Anne the very best as they travel back home to Tasmania. 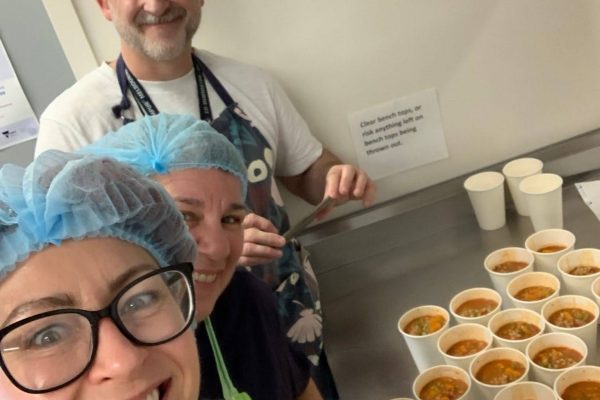