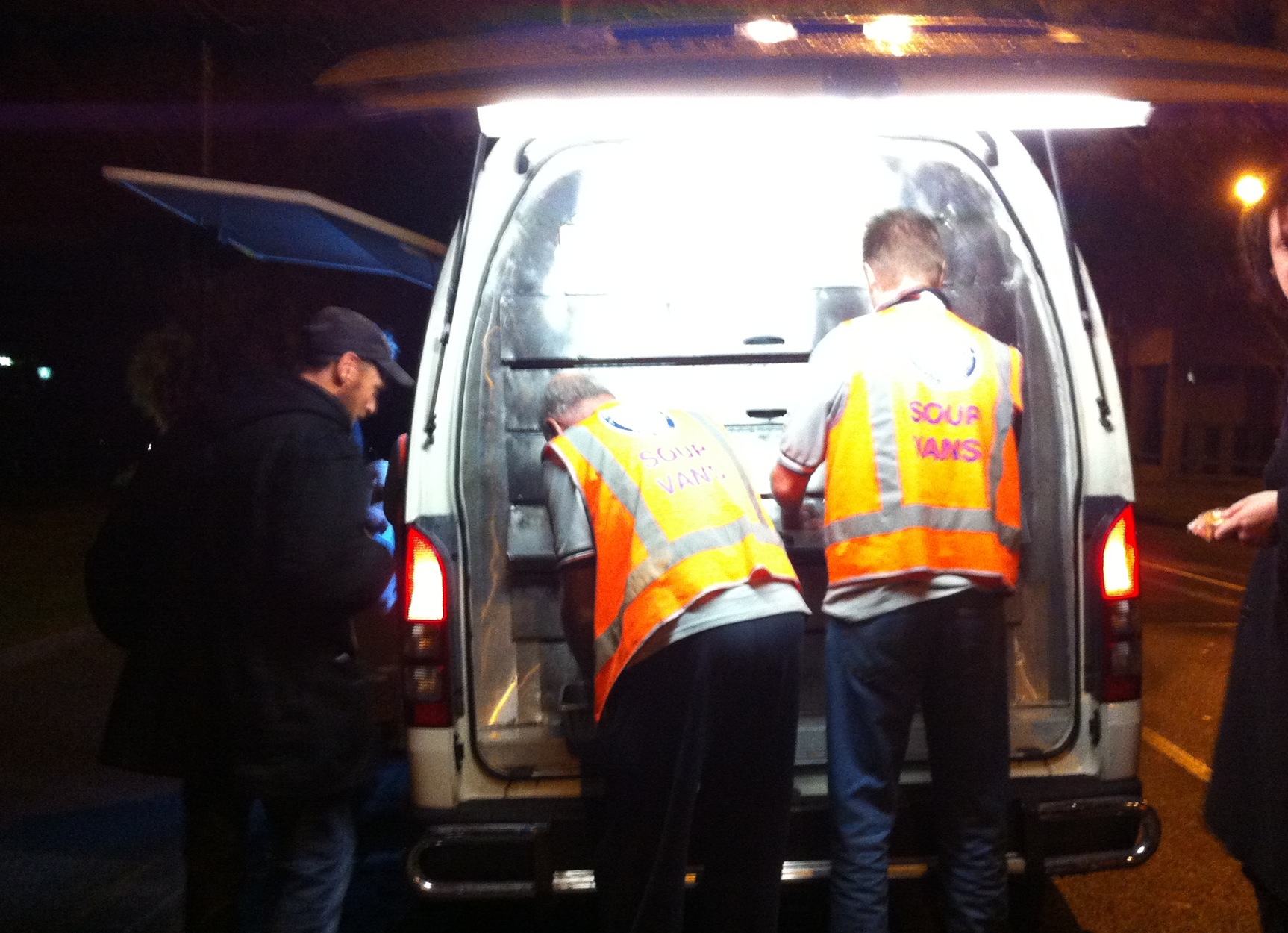 One night whilst out volunteering with the soup vans, a man approached looking weak and fragile. His hands were trembling and looking into his eyes, I could tell he is going through a very tough time. Through his cracked lips, the man shakily asked if he could have a cup of soup.

With the answer in my head before the question was asked, I quickly poured him a drink and it went straight into his mouth. This moment would rank as one of the most memorable experiences since volunteering weekly. The heat of the soup burned his mouth but the man couldn’t feel it. Instead he started to cry.

Instinctively, I took him aside and away from the crowd to see if there was anything more I could offer. Obliging, the man followed me to the curb and we sat down. This would be his first meal in a sleepless 5 consecutive days.

Bringing the cup towards his mouth again, I watched him grimace as he forcefully drank the soup. Without wanting to let go of the cup, I offered to mix a bit of cold water in to make it slightly easier to drink.

After each sip, the man would reveal more about what he has been experiencing. Much of which I cannot share in this forum. To him, this was the first time that he has felt a connection with another person. This is the life of a man struck with homelessness.

During the conversation, it was clear he did not want to share his name so together we made up a new name for me to call him. Wearing a Mountain Designs jacket, we decided that would be his name. We would continue to talk for as long as we could before the van was due to leave. As I stood up, we exchanged a hug that would last with me. If there was ever a time for life to be real, to be completely honest and genuine, this was it.

It is an incredible feeling to be able to build a meaningful connection with a person I had never met. It is what makes me feel to fortunate to be alive. It is because of moments like these that I dedicate to the 300 Blankets cause.

It is worth mentioning that Mountain Designs did in fact come back the following week. And the week after that. And the week after. He is looking much better and although I would not like to guess what life really is like for him, I am glad to have built a human connection with him that we are able to continue to build week after week. This is what being human is all about.